“No need to mince words anymore. If the futures market still influences gold’s price, then that price is going to spike. And silver is better than gold.

Since January, gold futures speculators have been trending from extremely bullish to scared short. And in the week ending (August 4, 2018 /the most recent data available) they appeared to capitulate, adding a massive number of short positions while marginally cutting their longs. They’re now about as close to neutral as they’ve ever been. Based on the history of the past decade this is hugely bullish, since speculators tend to be wrong when they’re fully convinced they’re right. 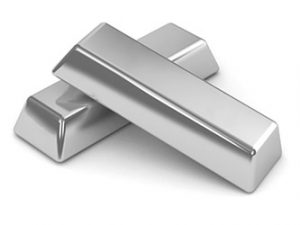 For the commercials – the banks and fabricators who take the other side of speculators’ positions — it’s a mirror image: They’ve been getting less and less short for several months and in the past week took a giant step towards neutral, something that is also historically very bullish.

Silver is better than gold

If gold is set to pop, what about silver? Again, if history is any guide gold popping means silver rocketing. The reasons for this are fairly simple: Silver is surprisingly rare and extremely cheap.

Whereas gold is mostly money, which means we save it after we mine it (nearly all the gold ever mined is sitting in vaults and jewelry boxes around the world), silver is both a monetary and an industrial metal. And what’s used for circuit boards, solar panels and the like tends to disappear rather than being recycled. So a big part of each year’s mine production is lost forever. As a result, available stockpiles of silver have been shrinking for decades.

Despite this fact, silver has gotten extremely cheap relative to gold lately. About ten times as much silver as gold is mined each year, but today it takes 78 ounces of silver to buy an ounce of gold. That means when the next bull market gets going silver won’t just rise along with gold, but will retrace a big part of the gold/silver ratio between 80 and 10. That means it will rise twice as much in percentage terms as gold.”

– By John Rubino of Dollar Collapse

Please Share This
Related Posts
“The New Case for Gold” – by James Rickards
June 20, 2016 We are proud to announce that WWPMC made James Rickards’ new bestselling…
Why Is Cash & Debt So Taxing???
In the United States, The Revenue Act of 1913 was the first time since 1872…
Real Metals Vs. Paper Metals: Who Wins???
One common question I get from clients;  what is the difference between real, physical precious…
Recent Posts
Recent Comments
Archives
Categories
Meta